In celebration of the holiday season, I decided to give away some ARCs that have been collecting on my shelves for just such an occasion. This giveaway is only open to US residents, due to shipping costs, but don’t worry international friends! More giveaways will be open to you in the future.

Giveaway will run through December 20, 2015. The winner will be randomly chosen via Rafflecopter and contacted via email. Winner will have 48 hours to respond to me before another winner is chosen. 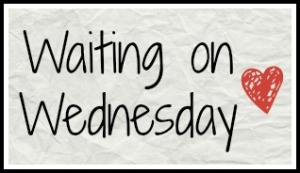 Blackbeard the pirate was known for striking fear in the hearts of the bravest of sailors. But once he was just a young man who dreamed of leaving his rigid life behind to chase adventure in faraway lands. Nothing could stop him—until he met the one girl who would change everything. This is their story.

Edward “Teach” Drummond, son of one of Bristol’s richest merchants, has just returned from a year-long journey on the high seas to find his life in shambles. Betrothed to a girl he doesn’t love and sick of the high society he was born into, Teach dreams only of returning to the vast ocean he’d begun to call home. There’s just one problem: convincing his father to let him leave and never come back.

Following her parents’ deaths, Anne Barrett is left penniless and soon to be homeless. Though she’s barely worked a day in her life, Anne is forced to take a job as a maid in the home of Master Drummond. Lonely days stretch into weeks, and Anne longs for escape. How will she ever realize her dream of sailing to Curaçao—where her mother was born—when she’s stuck in England?

From the moment Teach and Anne meet, they set the world ablaze. Drawn to each other, they’re trapped by society and their own circumstances. Faced with an impossible choice, they must decide to chase their dreams and go, or follow their hearts and stay.